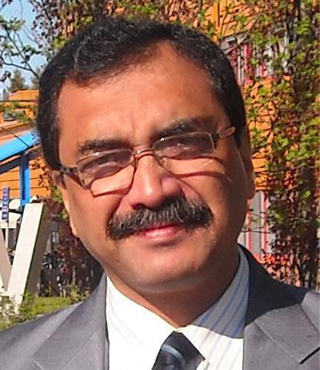 
Prof. Datta is a Senior Member of IEEE and has to his credit a number of publications in high impact factor Journals (that includes IEEE Transactions, IET, Elsevier, Springers, etc.) and International Conferences. He has produced several PhDs and MS students in the area of Computer Communication Networks apart from supervising numerous MTech and BTech projects. He is a member of the editorial boards and reviewers of several International Journals and has handled a number of projects funded by MHRD, DIT, ISRO, and Indian Railways. He was the Principal Coordinator of the IIT Kharagpur for Train Ten Thousand Teachers (T10KT) Program under NMEICT. He has been consultants to several organizations including the Defense Research and Development Organization (DRDO) of India and was also in the core committee for securing Indian National Museum, Kolkata. He has been associated with several Institutes and Universities as an examiner, member of Academic Boards, etc.

Prof. Datta was the Chairman of IEEE Kharagpur section in 2014. He was also the Secretary and Vice-Chair of the IEEE Kharagpur Section in 2012 and 2013 respectively. Apart from organizing a lot of activities, the section also received the best small section award in Region 10 during his tenure as an office-bearer. From February 2011 he is the Prof-in-charge of the Technology Telecom Centre (TTC) of IIT Kharagpur. TTC houses a 6000+ line capacity telephone exchange and is responsible for the installation and maintenance of the entire voice communication facilities on the campus. TTC got revamped in the last few years and has added several new utility features to the telecommunication network of the campus.