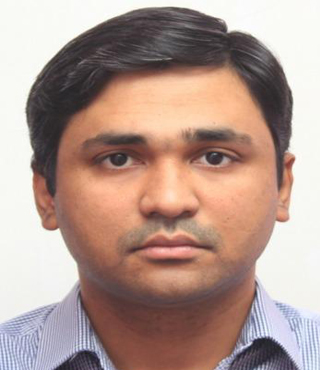 
Dr. Debnath is an Assistant Professor at the Electronics and Electrical Engineering Department of IIT Kharagpur. His research activities are in the field of Integrated Photonics and over the last decade, he has been involved in many disruptive technologies in this area. He completed his BTech in Electronics & Telecommunication Engineering from NIT Silchar in 2004 and MTech in Applied Optics from IIT Delhi in 2009. He carried out his PhD research at the University of St Andrews under the guidance of Prof. Thomas Krauss from 2009-2013.  During his PhD, he developed a novel optical interconnect architecture which would be suitable for both on-chip and off-chip communications. The architecture is based on Photonic Crystal Cavities, which is equally capable of modulating and detecting electrical signals to/from the optical signal. Using this technology, he demonstrated electro-optic modulators with world’s lowest switching energy. In 2013, his patented architecture resulted in a proof-of-concept project, funded by Scottish Enterprise. During his stay at the University of St Andrews, he was also awarded a research grant from EPSRC to address the incompatibility issue between electronic and photonic platforms. In 2015, he moved to the University of Southampton and worked as a postdoctoral research fellow with Prof. Graham Reed and Prof. Shinichi Saito. At the University of Southampton, he developed a unique fabrication process and demonstrated a capacitive silicon modulator with modulation speed up to 25Gbps. Currently, this design is industrially funded for potential commercialization. He has authored 18 international journal publications with 4 patents.